The Humble Crumble is so much more than humble when you do it the Tenina way!

I pretty well grew up with Crumble as dessert. Especially in the cold Melbourne winters. And yes, they were definitely humble. Mostly apple with cinnamon (on a good day) and a buttery, very crumbly floury topping which was delicious. I think we usually slathered it in custard. Made from the powdered variety. (Which I admit I loved!)

Apparently fruit crumbles originated from very (humble) origins in the second world war (probably in Ireland) when the topping was an economical alternative to pies due to shortages of pastry ingredients as the result of rationing. To further reduce the use of flour, fat and sugar, breadcrumbs or uncooked oats could be added to the crumble mix. The dish was also popular due to its simplicity.

Crumbles are also known as Brown Betty or Fruit Crisps elsewhere in the world. But their origins are firmly Irish, which shouldn't surprise anyone.

So what has changed since those early days of dessert discovery for me? LOADS.

A part of an event I recently held I incorporated a wonderful interactive dessert bar, a Humble Crumble Rumble bar in fact. It was full of so many delicious options, it was hard to stick to just one legit good match. We found that most people wanted to try everything and did! Of course in this day and age, we couldn't just go with humble flour, butter and sugar, we had to add some glamour in the form of mini meringues, toasted squares of marzipan, honeycomb shards as well as chocolate crumble, almond oat crumble, banoffee pie crumble (which included dulce de leche!) to name a few.

We had so many fruit options that it was inspiring. Did you know that persimmons with lime and nutmeg need zero sugar, particularly when topping with a crumble, and are completely delish when simply stewed? We roasted fruit, we threw copious amounts of vanilla and alcohol into it, we combined, we hubbled, we bubbled and we troubled! It was a lot of fun. We made a seasonal variety - a Christmas crumble, (with its own video) particularly fitting for any southern hemisphere Christmas in July celebrations.

The beauty of the crumble is that it can feed a large crowd and be increased or decreased quite easily as the crowd you are feeding fluctuates in size! It is warming, it is cheap, it is comforting on so many levels and it is sooo simple to make that a child could create it! Hey it can even take into consideration those with differing dietary requirements - gluten free? No worries, remove the flour and use nuts and seeds, buckwheat, gluten free flaked cereal. Dairy free swap out the butter for either EVOO or coconut oil. Trying to create a refined sugar free option? Then by all means use a coconut sugar, or a pure maple syrup or even honey. You don’t have to keep to the traditional accompanying cream or custard or ice cream. You could always serve it with yoghurt, coconut yoghurt, coconut ice cream, or even a fruit coulis.

However you make it, humble it is not. Dessert is served. 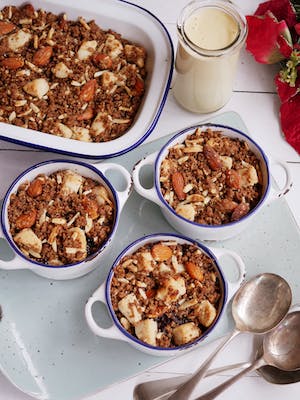 My Top Tips for anything but Humble Crumbles;

For all the Crumble recipes you can imagine...

Join us here for foods sake! 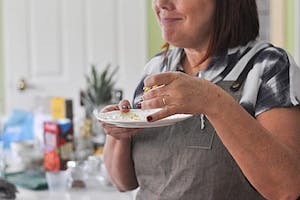 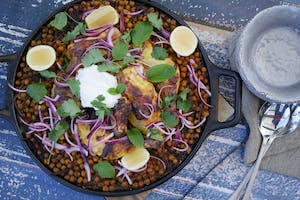 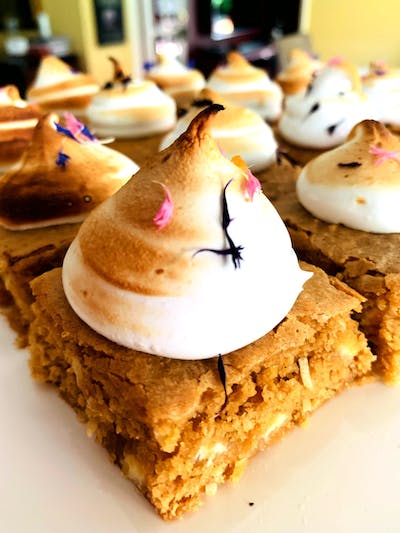 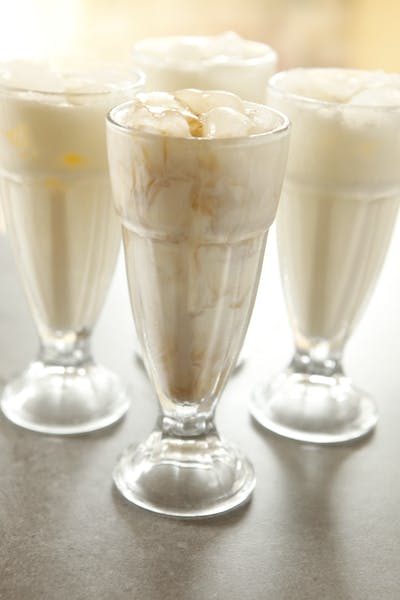