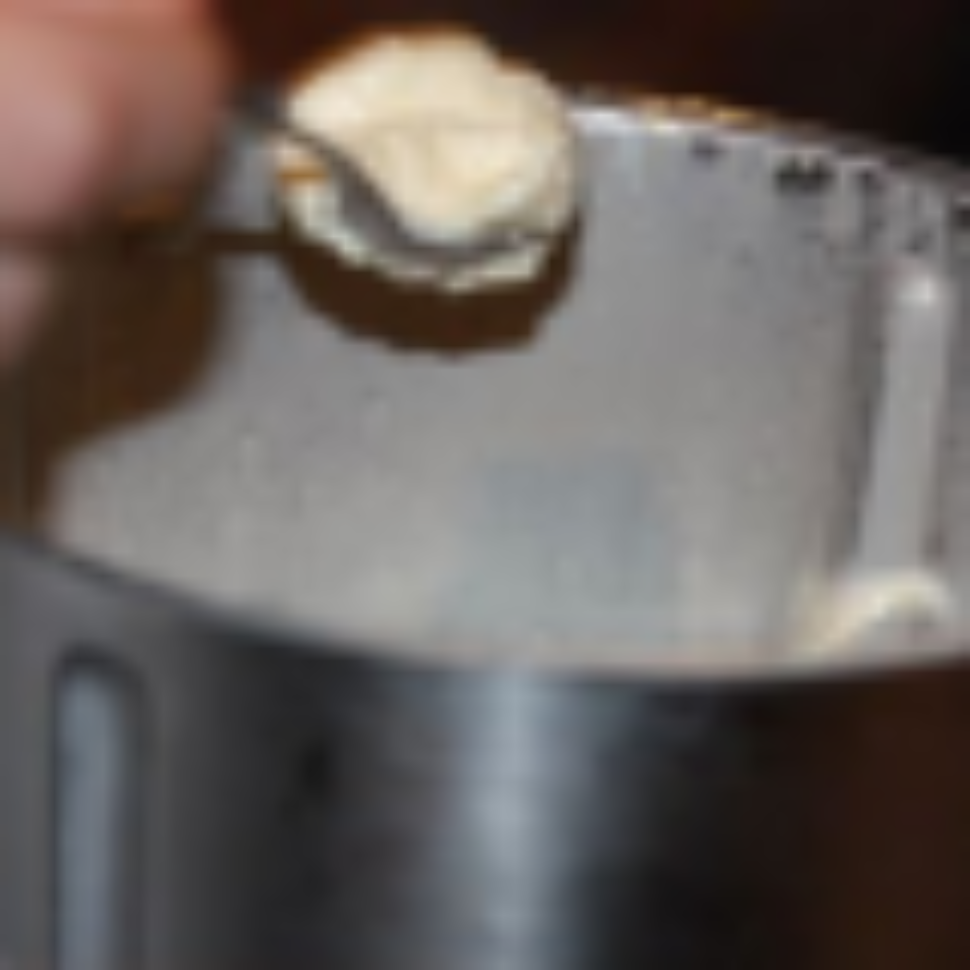 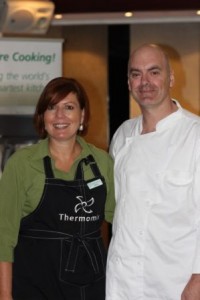 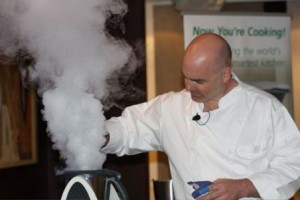 It’s not that I didn’t cook for a few weeks, (well it kind of is), but it was also that I had an amazing couple of days in Sydney getting to know Mark Best a little…for those of you who don’t know who that is, take a gander at this! He is all that and more, I was inspired by his relaxed manner, the ease with which he comes up with ideas, and his gentle humor…laconic Aussie but at the top of his game at the moment. I wanted to rush home and work on pushing the Thermomix to do more than ever before, simply to justify my existence as Thermomix Australia’s first ever recipe developer. (OK I was somewhat threatened by my lack of ingenuity, acumen, finesse, ability, need I go on??)

Mark managed to elevate my ideas about TM even further, I mean I know it’s amazing, but to hear him say so confirmed all my thoughts, and then he proceeded to make a fish floss, served with a shrimp Anglaise, followed by a liquid praline, and an instant ice cream using vanilla bean Anglaise to which he added liquid nitrogen as the TM was operating! Within minutes we had the most stunning ice cream, and he confessed that he had only had a practice run on that the day before. FANTASTIC! (Love a man with confidence! hahaha.)

Prior to the Thermomix gig with Mark, I had the chance to watch him in action at the Sydney Seafood School as he demo-ed to a class of 50 unseasoned would be chefs. Again, relaxed, unassuming and pro! To see the School is to want to attend a class there! (Thanks to Roberta Muir for the opportunity!) What a stunning venue…Grace and I could not stop talking about it! It comprises a purpose built lecture theater style room with demo kitchen at the front, over which are 3 screens for a full time perfect view of everything that happens in front of you. After watching the selected recipes from the guest chef (in this case, Mark,) the group then moves into a large room with stunning harbor views…(a bonus)and around 10 work stations. They are divided into groups to duplicate the current chefs recipes with all prep being basically done for them, a run sheet and the expertise of the guest chef at their disposal. STUNNING…capitals just don’t do me justice!

To finish up my Sydney trip I had a class for some top Sydney designers and despite a few hiccups, we had a great night, including the opportunity to work in a wonderful space at the ECC lighting design showroom…never underestimate a great venue to elevate the mood! Of course, surrounded by lamp shades that retail in the vicinity of $4000-$6000 made us look like a mere trinket at $1939 which didn’t hurt!

SO as I shoot out the door in literally minutes for my Singapore flight, stay tuned on Twitter and promise, only healthy recipes when I get home…really!

The Secret to Family Meals; Night after Night.

Bone Broth; What are the benefits?

Getting the Kids on School Lunch Duty!

Kids in the Kitchen!

How Chocolate Makes you Calmer, and More Creative!

My Top Seven meal hacks for busy families to save you time and money!

8 Christmas Dishes You Can't Do Without.

Drop Smart Kitchen Scale and ME! A new Partnership!

Entertain without Strain or Pain

A couple of Thermo Tips

Grazing Tables; The How To Article.

My Thai; the Top 25 Thai Inspired recipes from my palate to your kitchen

The Thermomix Butterfly! Tips and Hints

My Top Ten Favourite Ingredients I always have in my available in my pantry.

Three Smoothies That are Better Than Dessert!

Meringue Tips; Or The Secret to Fluff!

Matcha Madness; 5 Reasons Why Everyone is going Mad for Matcha!

16 Recipe Ideas for an Easter Feast

Lamb for Australia Day (with a Pav thrown in)

Ebook: Merry Christmix Too, the new and biggest thermomix ebook from ME to YOU!

A Break Up Letter To Economy Air Travel

The New Ebook - What's For Breakfast?

The Wedding of the Year!

Tastes of Australia.... and a Holiday

Top Ten Drizzles No Cook Should Be Without